Last summer, when I hired John Sutherland and his Bull Hog, I was thankful that the machine didn’t scar the landscape any more than it did. The work he did was immensely helpful, because, for the first time, I could orient myself on the property and not be lost in thickets of briars and multiflora rose. Still, there was an awful lot of debris. 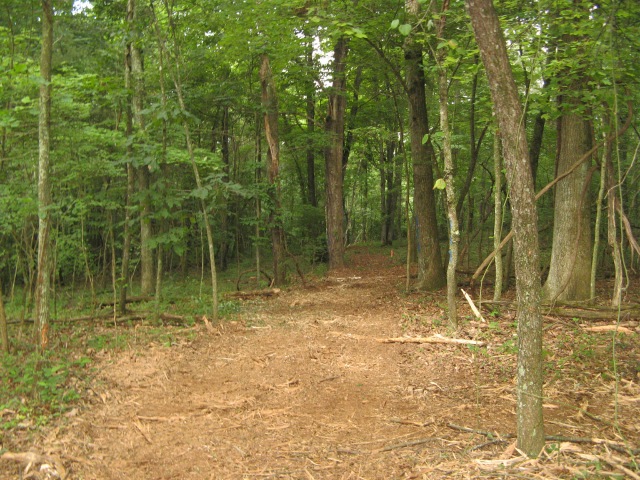 It isn’t easy to see in this picture, but there are three blue paint marks on the large oak on the right side of the picture. That was for the benefit of a logger who, after the marks were made, decided that there wasn’t enough marketable timber on the property to make it worth his while. That has turned out to be a blessing, because I rather like some of those twisted and unusually shaped trees!

Here is pretty much the same route, taken last week: 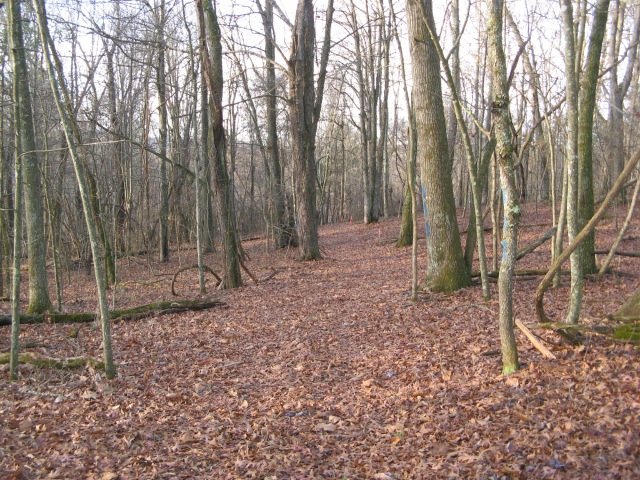 The fallen leaves are such a pretty carpet, aren’t they? If you didn’t know better, you’d never know that a machine had made this path, would you? The path made for a very nice stroll through the woods – no downed trees in the way to trip over and no thickets of multiflora rose to steer clear of.