The hawthorn (crataegus spp. L.) family, I discovered, is a large group of shrubs and small trees that are nearly impossible to identify as separate species. Wikipedia says that “a reasonable number is 200 species” but “some botanists in the past recognised a thousand or more species”. When I read that, I gave up trying to figure out which species the one I found on my property belongs to! I just knew it was a hawthorn because of the long sharp thorns on it. You can barely see the thorn near the upper center edge of this photograph: 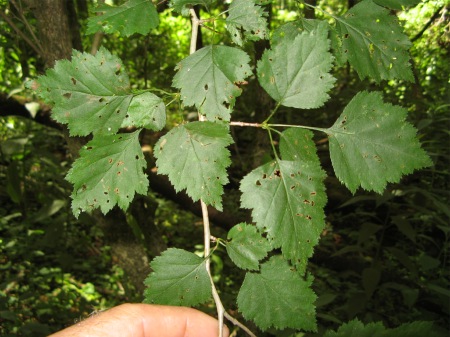 Another giveaway that it was a hawthorn shrub was the trunk of the tree, seen in this photograph. You can also see a couple more thorns on the twig at the center top: 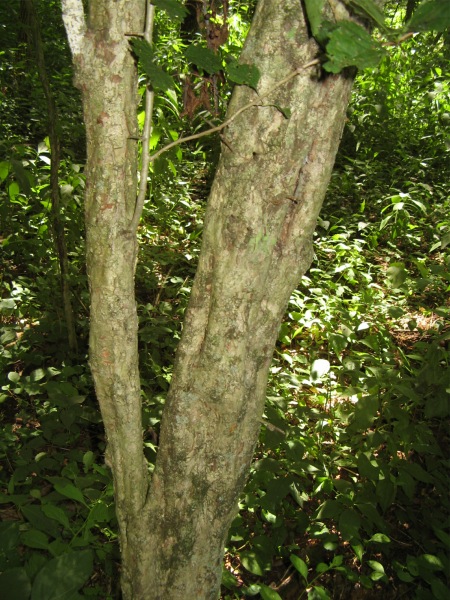 The fruit of the hawthorn remains on the tree throughout the winter and is a critical source of food for wildlife in late winter, when food sources are scarce. The fruits are eaten by grouse, turkey, fox sparrows, and cedar waxwings. Deer, rabbits, and black bears, and raccoons also love the fruit.

As for human uses, the fruit of some species of hawthorn (the mayhaw) is used to make a very tasty jelly and the berry is said to be useful in treating high blood pressure, high cholesterol, and congestive heart failure.