In various pictures posted so far, you can see a pasture in the distance. It is not part of my property, but I am on good terms with the owner. I asked him if I could go after the multiflora rose on the edge of his pasture, both to prevent a source of re-seeding on my property and to improve my view a little bit. When I spoke to him about it over the telephone, he was reluctant to grant me permission, but once we sat down on Saturday and started chatting about other topics, he volunteered that he just wasn’t able to cut it with the sickle attachment on his tractor and that I could go ahead and remove it. But he did want me to pull out all of the branches that the ice storms had broken from the trees so that he could cut them up for firewood. I pulled what I could out and then enlisted the help of my neighbor, Kevin, who used his chain saw to cut the larger branches into manageable pieces. What you see in this picture is the pasture line, infested with multiflora rose, and some of the branches which we dragged out into the pasture: 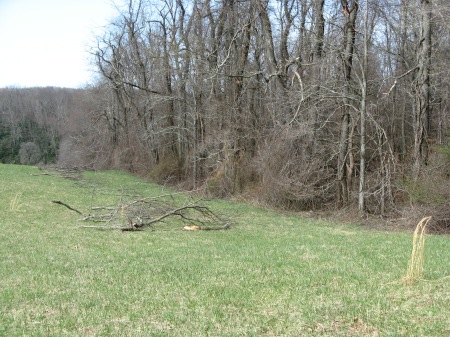 Here is a shot of the Bull Hog in action, shredding the multiflora rose: 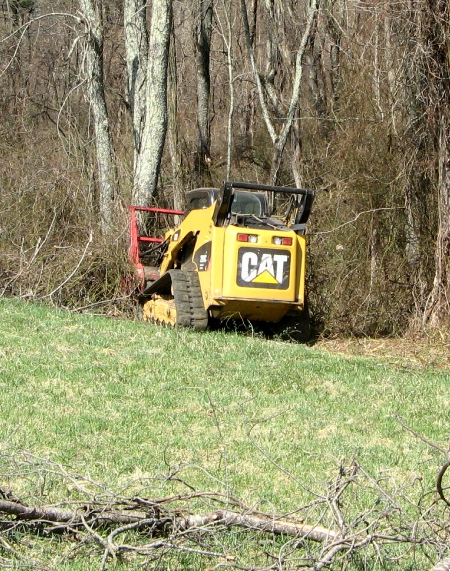 And here is a shot of the finished job: 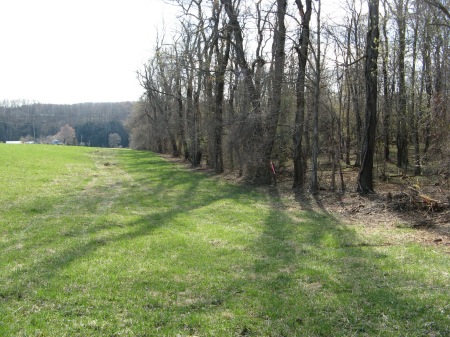 It took the Bull Hog less than 2 hours to clear 850′ of fence line along the edge of the pasture. That included a couple of stops to remove barbed wire that the operator accidentally ran into while mulching the rose plants – it was hard to see the fence, the rose was so thick!